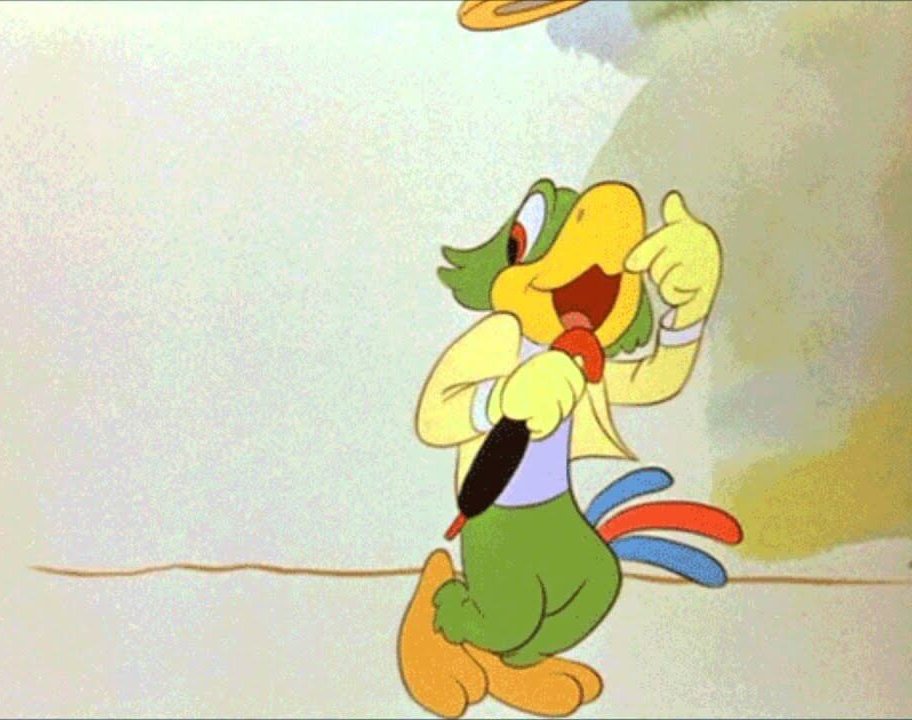 Excerpt from the Walt Disney film “Alô, Amigos!/Saludos, Amigos!”, produced in 1942, under the pretext of preserving the “Good Neighbor Policy” (set of supportive practices between South and North American countries, during World War II). An interesting observation is that “Tico Tico do Fubá” by Zequinha de Abreu is actually a Chorinho (Choro), and not a Samba as is said by the characters in the clip.

It must be said that this clip suited its time very well, since we were under the Nationalist Regime of Getúlio Vargas, and the Nationalist Spirit emanated from the Brazilians of the time.