Come Fly With Me

Come Fly With Me 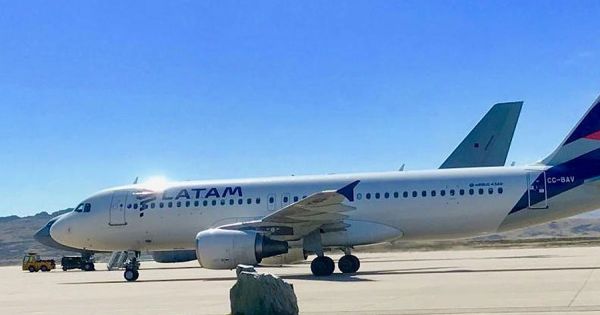 It’s been a long wait, but  we may thank Argentine federal judge Luis Rodriguez for the ruling, ratifying and giving the green light for Latam’s flight, linking Sao Paulo in Brazil and Cordoba with the Falkland/Malvinas Islands, after throwing out a request to suspend the link.

According to the ruling, published by the Judicial Information Center, given the records collected from the different Argentine public offices involved, they all coincide in underlining that the Malvinas Islands belong to the Tierra del Fuego, Antarctica and South Atlantic Islands province of Argentina, and “the Cordoba Islas Malvinas leg in a domestic flight”

Furthermore the approval of the legs between Sao Paulo and the Malvinas Islands are in the framework of bilateral treaties between both States, which were necessary to authorize through a National Decree, under article 97 of the Aeronautic Code, and Law 25.871, analogue to those currently taking place under Decree 1179/2002.

Thus based on the analysis of all the evidence provided, it impedes considering admissibility requests of the cautionary measures, demanded by the Prosecution, with the purpose to preserve the Argentine State from possible serious economic damages.

In consequence Judge Rodriguez ruled not to accept the suspension of the flights corresponding to the authorizations extended to Latam through Decree 602/2019, from 30 August 2019 and signed by the president of the Argentine nation.

The cautionary measures were requested by solicitor Valeria Laura Carreras on 24 September who claimed alleged irregularities in the UK/Argentina bilateral relation by the administration of President Mauricio Macri. Based on this the Prosecution had accused president Macri, Transport minister Guillermo Dietrich and foreign affairs minister Jorge Faurie for their alleged “treason of the Motherland”, in the question referred to the flight to Malvinas.

Netflix is seeing rapid subscriber growth in regions including Asia and Latin America as it girds for tougher competition in the streaming market, newly detailed figures show.

In a regulatory filing this week, Netflix offered the first detailed look at its finances from various regions around the world,

The figures showed nearly 14.5 million subscribers in the Asia-Pacific region at the end of September, representing growth of more than 50% over the previous 12 months.

The region including Europe, the Middle East and Africa had some 47 million paid subscribers, up 40% year-over-year, in the largest segment outside North America.

Latin America included some 29 million subscribers, a rise of 22% over the past year, Netflix said in the filing.

North America is the largest market for Netflix with some 67 million subscribers but growth over the past year was just 6.5%. Netflix is the leader in streaming television, operating in some 190 countries, but it is facing new offerings from deep-pocketed rivals including Disney, Apple, Comcast’s NBCUniversal and AT&T’s WarnerMedia