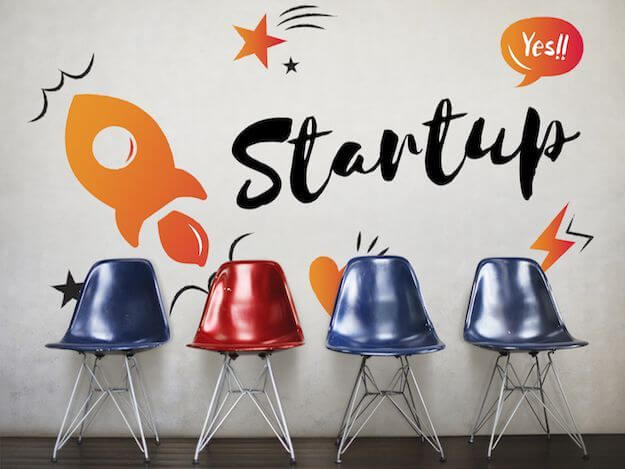 Rio de Janeiro, –The extent of Brazil’s startup growth and development in the last decade has been noteworthy, with at least nine new startup unicorns appearing in 2019 and huge amounts of VC investment arriving from around the world. Back in 2012, Forbes described Brazil as “one of the most entrepreneurial countries in the world,” and Brazil has since continued to use innovative technology to stand out in the global startup market.

The current state of the Brazilian ecosystem

Brazil has a population of 209.3 million people and a GDP in 2019 of US$2.5T, making it the eighth-largest economy in the world. The country represents 3% of the world’s GDP and is expected to continue attracting capital despite the recent recession.

As the largest ecosystem in Latin America, Brazil receives 73% of all Latin American VC investments, enjoying significant growth over the last few years as global investors turn their attention to the region. Between 2017 and 2018, the number of deals grew by 87% and dollar investment grew by 51% in Brazil’s ecosystem, according to LAVCA. In 2017, Brazil received $362M across 47 deals, which grew to $546M across 88 deals in 2018. With Softbank’s recent interest in the region, Brazil has received the lion’s share of deals and capital, potentially receiving over $1B in 2019.

Brazil also has one of the highest levels of mobile saturation in Latin America, around 102%(meaning there are more cellphones than people),  and 66% of Brazilians are mobile internet users. Brazilians spend an average of 9.5 hours per day using the internet, significantly higher than the global average of just under seven daily hours. 61% of Brazilian use their mobile phones to access social media accounts and online banking, which can help explain why mobile-first startups like Movile, iFood, and Nubank have experienced such rapid growth in recent years.

The dynamic Brazilian ecosystem has attracted investments from both Brazilian and global investors, totaling US$1.4B in 2017 and H1 2018. Four key Brazilian VC firms, Redpoint eVentures, Kaszek Ventures, Valor Capital, and Monashees stand out in the region as the top funds providing US-style capital and mentorship to Brazil’s and Latin America’s biggest startups. These firms focus on investing in high-impact Brazilian startups such as Rappi, Gympass, Nubank, Creditas, and many others. Brazil has also received a large proportion of the $5B SoftBank Innovation Fund which has been channeled into startups like 99, Loggi and QuintoAndar and MadeiraMadeira.

The Brazilian government is also encouraging the ecosystem through initiatives such as the 20 Curitiba Innovation Pact and Vale do Pinhao fund which are directed at startup hubs such as Curitiba and São Paulo. ABVCAP (Associação Brasileira de Private Equity & Venture Capital) is a government-funded platform that supports the startup ecosystem through various annual events for entrepreneurs and companies.

Similarly, accelerator programs such as StartUp Farm, ACE, and Techstars have further helped to grow the ecosystem. StartUp Farm is Brazil’s biggest startup accelerator program. Based in São Paulo, it has invested more than $100M in more than 250 startups since its inception. Since 2012, ACE has nurtured over 130 startups through its mentorship program and invests over R$500M (US$123) in Brazilian startups each year.

Formerly 99Taxis, the transport app 99 was acquired by the Chinese ride-hailing app, Didi Chuxing, for $1B in 2018 and has since steadily been pushing Uber out of the Brazilian market. 99 currently has more than 18M users across more than one thousand cities in Brazil, making it the top rideshare startup in Brazil. SoftBank and Monashees were also investors in 99 prior to the acquisition.

Owned by the Brazilian mobile giant Movile, iFood provides food delivery services across more than 480 cities in Brazil. In November 2019, the app experienced 116% growth with 390,000 daily orders, making it Brazil’s largest food delivery app. iFood has consistently attracted large investment rounds, including a record-breaking $500M from Naspers and Innova Capital in 2018. The startup also acquired Pedidos Ya’s Brazil assets in August 2018 as it continues to dominate the crowded food delivery market in Brazil.

Nubank is the most popular and valuable neobank in the world with over 10M customers in Brazil and Mexico. The startup became Brazil’s third unicorn in 2018 and is now worth more than $10B. Redpoint Ventures, DST Global, Ribbit Capital, and QED Capital have all invested in the company. China’s Tencent also acquired a 5% stake in October 2018, which doubled the company’s value to an estimated $4B. The neobank is now active in multiple countries across Latin America, including Mexico and Colombia, with plans to expand to Argentina.

Loggi is a delivery logistics platform with a fleet of more than 10,000 motorcycles and van drivers delivering over 3M deliveries per month across 33 cities in Brazil. Softbank led a $150M investment in the startup in June 2019, which pushed Loggi’s value over $1B in one of Softbank’s first major Latin American investments. Loggi delivers everything from food to retail goods for some of Latin America’s largest companies, such as MercadoLibre.

Gympass is a fitness platform like ClassPass, which allows users to access thousands of different gym and fitness classes on their platform under one membership. The platform connects over 52,000 gym and studio partners across 14 countries in Latin America. SoftBank led a $300Minvestment round in Gympass in June 2019 along with General Atlantic and Valor Capital Group. The Brazilian business has spread across the globe rapidly following its mission “to defeat inactivity”.

This Brazilian proptech became a unicorn after a $250M Series D investment led by SoftBank with contributions from previous investors General Atlantic and Kaszek Ventures in September 2019. The real estate platform has experienced a 5x growth in the number of properties and 3x growth in revenue in the last year. QuintoAndar processes over 4,500 contracts per month in 25 cities across Brazil and is rapidly expanding across the real estate market in Brazil.

Grow Mobility is the result of a merger between Latin America’s two biggest e-scooter and bike-sharing startups: Mexico’s Grin and Brazil’s Yellow. The platform has over 100,000 scooters and 35,000 bikes available to customers across Latin America. Grow Mobility became Latin America’s leading transport platform in July 2019 with over 10M rides recorded across 23 cities throughout the region. Both Grin and Yellow separately raised record-breaking rounds in 2018; Grin’s $20MSeed round was the largest ever for LatAm at the time, as was Yellow’s $63M Series A.

Creditas is a fintech that offers secured customer loans using property or a vehicle as collateral. The company received 800,000 loan applications in the first half of 2019, demonstrating the demand in Brazil for quality credit with lower rates and longer terms.

SoftBank invested $200M in the lending platform in July 2019 as part of its Innovation Fund in Latin America. Previous investors in the company include Kaszek Ventures, Quona Capital and QED Investors.

CargoX, the Brazilian truck freight logistics service, is steadily approaching unicorn status as it quietly grows its fleet of drivers, now equating to the third-largest fleet in the world. The ‘Brazilian Uber for Trucks’ has received multiple investments from Goldman Sachs, Qualcomm Ventures and Valor Capital. The company reached a yearly revenue of $200M in 2018 and has since continued to expand operations across Latin America where the truck freight market is still largely open to new players.

Gympass is a fitness platform like ClassPass, which allows users to access thousands of different gym and fitness classes on their platform under one membership. The platform connects over 52,000 gym and studio partners across 14 countries in Latin America. SoftBank led a $300Minvestment round in Gympass in June 2019 along with General Atlantic and Valor Capital Group. The Brazilian business has spread across the globe rapidly following its mission “to defeat inactivity”.

This Brazilian proptech became a unicorn after a $250M Series D investment led by SoftBank with contributions from previous investors General Atlantic and Kaszek Ventures in September 2019. The real estate platform has experienced a 5x growth in the number of properties and 3x growth in revenue in the last year. QuintoAndar processes over 4,500 contracts per month in 25 cities across Brazil and is rapidly expanding across the real estate market in Brazil.

Neon is Brazil’s second-largest neobank, providing customers with simplified online banking through a payment card and a personal credit line. The startup recently raised a $95M Series B round led by Banco Votorantim and General Atlantic. Currently operating in Rio de Janeiro and São Paulo, Neon is looking to increase its 1.6M customers as it expands operations throughout Brazil.

MadieraMadeira is an online marketplace for homeware products. The company attracted the attention of SoftBank in 2019 with a $110M Series D investment, more than tripling total previous investments in the startup. Prior to the Softbank round, MadeiraMadeira had raised less than $40M, quietly becoming Brazil’s leading online homeware marketplace. The startup is currently operating out of Curitiba and is looking to expand across Brazil following the most recent funding round.

Buser is a collaborative charter bus platform that aims to provide cheaper bus journeys to commuters by connecting customers with the same destination. The popularity of Buser caused an outcry from other bus drivers after the service reported transporting over 3,000 people a day for up to 60% less than traditional services. SoftBank led an undisclosed Series B funding round alongside Globo Capital in October 2019, and the startup has enjoyed growth of 1500% in the first 9 months of 2019. Previous investors include Monashees and Valor Capital Group.

In the past two years, Brazil’s startup ecosystem has boomed. The injection of VC capital from the US and China prompted the creation of 12 new unicorns since the start of 2018, making Brazil one of the most valuable and exciting markets in the world. As this attention to the Brazilian market shows no signs of stopping, 2020 will likely further consolidate Brazil as the leading startup ecosystem in Latin America.

Currently, the majority of Brazil’s startup activity is concentrated in the tech hub of São Paulo. However, with increasing investment and government initiatives focusing on developing hubs such as Curitiba, the Brazilian ecosystem is only set to strengthen and diversify in the coming years. The Brazilian market is definitely one to watch in 2020.