Netherlands Brazil 1 – 1 The Future of Sports

Netherlands Brazil 1 – 1 The Future of Sports 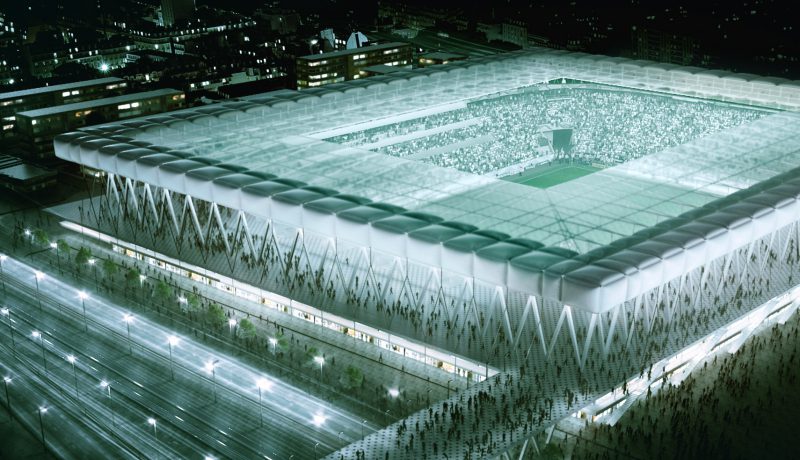 The Role of Southern of Brazil

Innovation for us means reaching business objectives. We are trying to do it in a different way by breaking through silo’s of the organization and involving stakeholders such as Ajax and the KNVB. In some domains we found it very difficult to reach the next level, and now with a new and different approach, we manage to reach our business objectives. For us, innovation has an impact on technology, on the culture of the company, and helps to have an open mind when it comes to reaching other ecosystems. Something very important for us, and instrumental, is implementing an innovation culture within the organization to be able to reach the next level.

2. As the Director International, could you tell us how Johan Cruijff ArenA embarked on its innovation journey? And why did it decide to start it even?

The Johan Cuijff ArenA is a private entity but it is partly owned by the city of Amsterdam, so we feel we are a public infrastructure so there is an obligation from us to serve the society.

In 2013, the city of Amsterdam asked us to be an icon on sustainability by being carbon neutral in energy supply, and we achieved that goal. We were able to achieve it by bringing all the stakeholders together.

Two years later, in 2015, the Amsterdam Innovation Arena was created as we decided to be an icon in innovation. We focus on connectivity, data organization and data governance, fan experience in the Stadium, outside the Stadium, safety and security, sustainability, and asset management. We are somewhat also the private innovation arm of the city of Amsterdam, and the city has some questions on mobility and security, so we test many solutions inside the Stadium and if they work well, those solutions can be implemented outside of the Stadium in order to solve the problems that the city might have.

Now, the Johan Cruijff ArenA serves as an innovation lab, as a platform to bring all the stakeholders together, and has generated new value for the entire ecosystem

3. What are some of the struggles/obstacles you have faced during the innovation journey?

The Johan Cuijff ArenA was the first multifunctional stadium in Europe, so there was a lot that went wrong right after its opening. Changing the building because logistically it was not working properly was one of them. The main problem was that we could not learn from anyone, so it was a learning process for the entire organization. The need and willingness to learn became part of the culture of the organization. Another struggle we faced during the journey was connecting all the stakeholders together as it is very important to understand what each stakeholder wants and needs to make sure we can reach their expectations. Something we keep struggling with today is to find the finances in order to cover and launch the different projects we intend to test.

4. With the EURO2020 happening this summer, and the Johan Cruijff ArenA being one of the host stadiums, what are some innovative initiatives one can expect from the fan standpoint and from the player/coach standpoint?

There are many new solutions implemented within the stadium in order to offer a better experience to the fans. Fans will be able to watch the replays from their phone, from all different camera angles live, and move back in time to re-watch whatever they want whenever they want.

In order to enhance the fan experience, we have launched tooling to improve wayfinding.  An interactive map shows the waiting time for all the entrances, and how to get there. Several other initiatives are AR/VR implementations in our Stadium tour and the Museum.

With Ajax we have implemented a solution that enables the fans to share their season ticket, this was implemented in order to lower the no show rate and to increase catering revenues. Also, it is a way for Ajax to gather more and new data from the ¨new¨ fans going to the stadium.

We have also worked together with the KNVB on a blockchain solution – when you buy a ticket, the access or bar code is being sent to your phone when you get very close to the Stadium and that prevents trade on the black market.

From a player/coach standpoint, we are facilitating different solutions to detect off sites, we offer replays from all angles, among others, in order for them to analyze the game and enable better decision making.