Ship Zaandam opens cruise season in the Port of Santos

Ship Zaandam opens cruise season in the Port of Santos 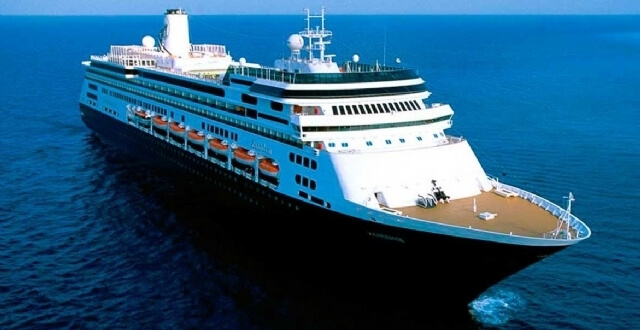 Estimate for the period is to move more than 620,000 tourists

The ship Zaandam, from holland america, will officially open the cruise season in Santos this Sunday (17), at 8am. According to the City of Santos, until April 14, 2020, about 627,000 tourists – 3.8% more than in 2018-2019 – will circulate in the Giusfredo Santini – Concais Maritime Passenger Terminal in the 83 days with transatlantics in the port.

Eight ships will be in transit, representing thousands of passengers running around the city, and six will make regular stopovers, that is, with shipments and landings at the maritime terminal. The Tourism Department will maintain a Tourist Information Post (PIT), with bilingual receptionists and serial slates, on days when there is mooring of ships.

The volendam ship, also from Holland America, is the only one to debut in Santos this season. Its capacity is 1,432 passengers and is scheduled to dock on February 19. The vessel is coming from Buenos Aires (Argentina) on the scale of a 78-day-long return to the world that begins in Ford Lauderdale (USA) on January 5. Another novelty of this season is the return, after a 10-year hiatus, of the ship MSC Symphony, repaginated and expanded.

MSC Cruises’ Seaview also returns to Santos. Largest passenger ship to circulate on the Brazilian coast, this giant of the seas, with a capacity of 5,429 guests, was launched into the sea in June last year and made its debut in Santos last season.

Moving half a million tourists in Santos

“Santos turns into a showcase, showing his attractions and beauties to tourists, especially foreigners in transit, who might not even think about knowing the city,” commented Tourism Secretary Odair Gonzalez.

The Symphony returns to Santos after a ten-year break. For the first time, he will have not only cruises with boarding scans in the city, but also passengers in transit from Buenos Aires (Argentina), Montevideo (Uruguay) and Itajaí (Santa Catarina).

The vessel gained 24m in length four years, new cabins and public areas, increasing its capacity from 2,069 to 2,680 tourists. The Symphony will dock in Santos on December 13, the only day the Concais will simultaneously receive five ocean liners. The terminal will receive three ships on December 25, in 24 days will have two and, in 57 days, only one transatlantic.

Source: The Tribune via clipping