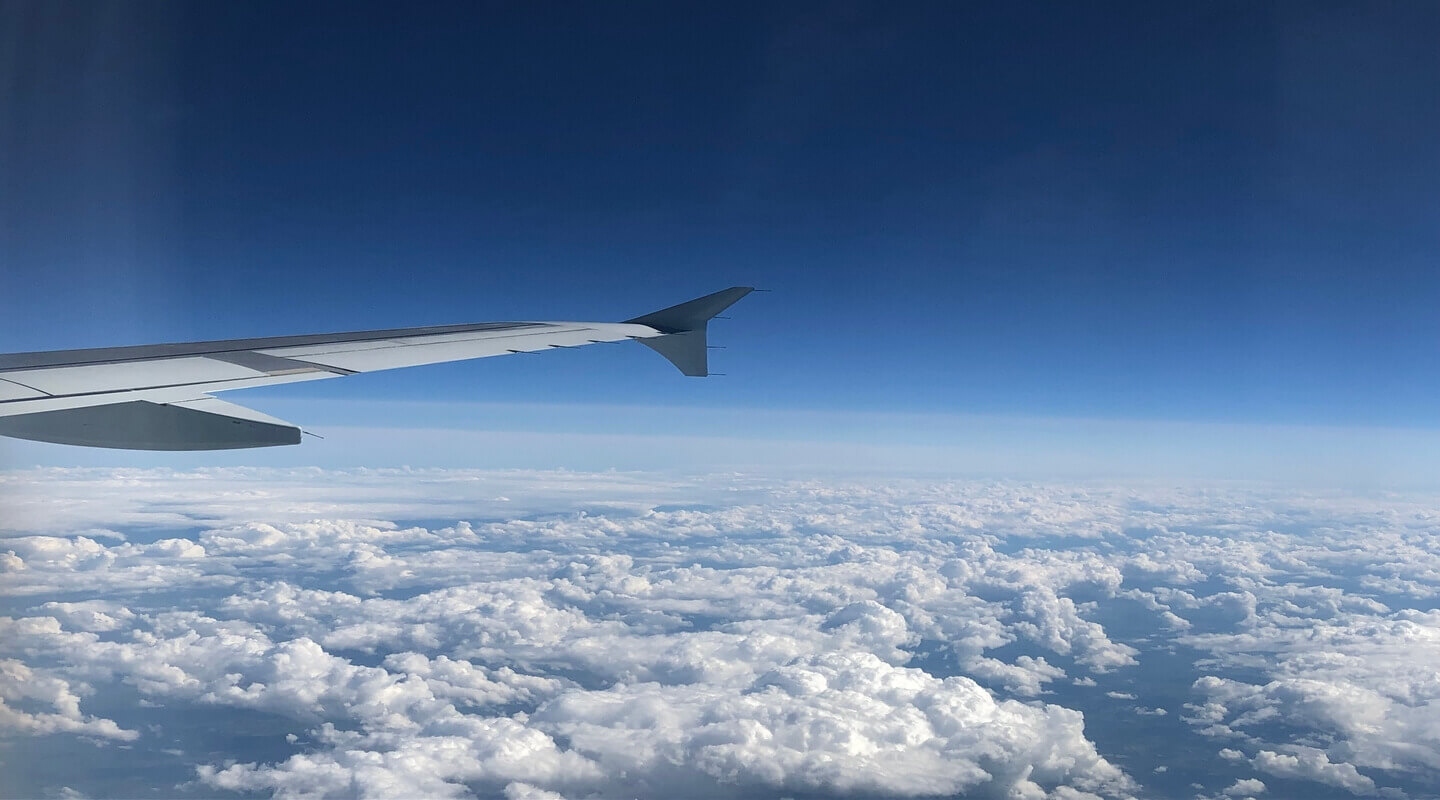 The research question: how do the engines run? And also: what comes out of the jet engines? The DLR researchers are particularly curious about the amounts of fine dust and soot particles that come out of the engines. Because the sustainable fuel contains hardly any aromatics, it will emit less soot. But how much exactly in practice?

Our final product will be very similar to fossil kerosene

This is important to know, because fine dust and soot particles are the germs on which ice crystals form high in the air, the basis for the well-known condensation trails. A relatively new insight is that these artificial clouds make a significant contribution to the greenhouse effect. Model calculations suggest that the contribution of cirrus clouds from aircraft emissions may be as much as twice the contribution to global warming than the CO2 emissions from aircraft.

Cirrus clouds block some of the heat radiation from the earth, causing the atmosphere to warm up.

Finished fry fat may be very suitable for making sustainable kerosene, but it is also suitable for biodiesel for road transport. As a result, too little of this residual flow is available to meet the expected demand. That is why chemists and process engineers are working on an alternative: jet fuel from pruning waste and crop residues from agriculture. “Much more of these residual flows is available, in Europe an estimated 600 million tonnes annually,” says chemical technologist Fernanda Neira D’Angelo, assistant professor at Eindhoven University of Technology. She is coordinator of the European project Higfly, in which processes are being developed to make sustainable kerosene from the aforementioned waste flows.

Forest pruning waste has in common with crop residues from farmers and sawdust from furniture factories is that they consist of the useful substances cellulose, lignin and hemicellulose. The Eindhoven researchers are especially focusing on the latter. They want to build a reactor that processes this substance into furans, ring-shaped molecules that are an intermediate on the way to biokerosene.

Our final product will be very similar to fossil kerosene, but not completely chemically identical. It must burn in the same way, and have the same freezing point and flash point (the lowest temperature at which a fuel can still ignite). We want to make a so-called drop-in fuel that can be put directly on an airplane, without having to make any adjustments.”

It is more difficult to make jet fuel from wood residues than from used fries fat and vegetable oil. “Those fats and oils are more like kerosene and burn stable,” says Neira D’Angelo. “The substances contained in wood residues, such as hemicellulose, still contain many oxygen atoms at the molecular level. If you put this stuff in a chemical reactor, they will easily react to unwanted substances. Our challenge is to direct the reactions in such a way that only the substances that you want are produced. “

In the Higfly project, the project partners are now looking for the right combination of solvents and catalysts to allow the chemical reactions to run smoothly. Neira D’Angelo: “There are a number of processes known to turn biological material into an oily intermediate. But we are looking for the best combinations of raw materials with the right process conditions. ”

Finding the right chemical processes is not the only challenge. “Our route must create enough value, because earlier in the chain, the collection and separation of green waste cost money. So we have to convert as much of that waste as possible, ”says Neira D’Angelo. “I expect that in the future we will see factories that convert as many different components of collected wood and paper waste into all kinds of end products, such as kerosene, chemicals, building blocks for plastics and even pharmaceutical products.”